The Effects of the Crisis - Part 4 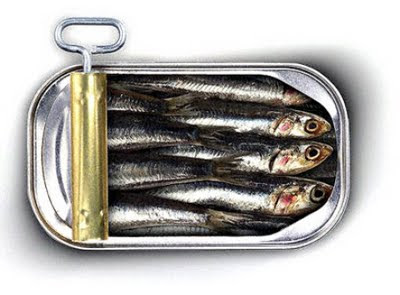 This is part four in a set of articles about the losers of the American economical crisis. The first article described the background to the topic of these texts (including the connection to peak oil). In the previous text I wrote about those who formerly had well-paid jobs, but, who due to the economical crisis, have fallen both quick and far from their former positions in society. In this text I write about those who have lost their jobs, and about "creative" solutions to people's housing problems.

What do you do when you understand that you are financially vulnerable and want to do something about it by lowering your costs and your financial risk? An obvious answer is to move to something smaller. It doesn't sound like a big thing to do, but if you are 50 years old and have a few teenage children who have lived a great part of their lives in the same house, it might well be an emotional challenge to take such a decision. And, you naturally want to sell your old house for a reasonable price. You might be able to live with a lower price if you can buy a new house that has also fallen in price... and if you manage to get your house sold at all.

Only a few years ago, 4 out of 10 houses sold were investments in a second home, a house that was not the seller's main residence. This according to the CEO of "Distressed Property Institute" (what a name!) that organizes courses for real estate agents about how to deal with houses whose owners are about to be evicted. California had the largest number of evictions last year, around 500 000, and Florida was number two with almost 400 000 evictions. Also Las Vegas has seen a lot of evictions, and every 13th house in the city is now owned by a bank (since the original owner has been evicted). In the third quarter 2009 evictions hit a new record as more than 900 000 Americans were evicted from their homes (40 000 more than in the previous quarter). In addition, seven million homes are currently "in the foreclosure process or likely to be seized". These days also people living in more expensive properties are being evicted. In June, the most expensive third of all houses were represented by 30% of all evictions. Then again - what to do if you see the writing on the wall and realize that you you can't bear the costs of keeping on living in your house? With a weaker economy, sinking house prices and high unemployment, ever more people need to find solutions that were difficult to imagine just a few years ago:

“Siblings are moving in with one another to help pay the mortgage. Adult children who've lost homes to foreclosure are moving back home with Mom and Dad. Even spouses in the throes of divorce are putting off separating, living together in awkward cold wars because they can't sell their houses.”

As I wrote in the previous text, not even those who earlier made a lot of money can now feel safe - especially if they have lived over their means. Or in Titus Maccius Plautus' more than 2000 years old words: "I am rich as long as I don't pay my debts"! Take Chris Henning for example who had a six-figure income in the 1990's (guesstimate is between 8000 - 20000 USD/month) and who "invested" her money in gadgets and a second home in Florida - a home that she refinanced three times since 2002 in order to be able to shop, buy, purchase and consume even more.

“During the boom, Henning subscribed to the conventional wisdom that housing prices couldn't slide. "Looking back, I thought, 'How naive could I have been?' “

The answer is that she was naive enough to not once in her 66 years think that the economy, the stock market and the house prices might sometimes fall, instead of always rising. Others have experienced the same nasty surprise, for example Colt Phillips, who after 15 years in the mortgage industry was forced to move home to his parents at the age of 40. After being evicted from their 460 (!) m2 (5000 ft2) big house (that costed almost one million dollars), Colt, his fiancee and their two dogs moved into the parents' 130 m2 (1400 ft2) big house. Now Colt is looking for a new job (he still hopes for employment in the mortgage industry) and his fiancee, formerly a loan processor, nowadays works at Home Depot.

Not only featured in an USA Today article (above), Colt has also had the opportunity to write an article about his own situation in the prestigious New York Times (where his parents' home has suddenly shrunk (?) to 100 m2 (1100 ft2) and felt crowded). In this article you can read the story as seen from Colt's own perspective. I can only with difficulty shake off the feeling that he hasn't learned anything at all yet. He has lived with his parents for one and a half years and complains that he doesn't have enough money to play golf or "do much socially" (go partying, I presume). He feels that he is isolated, "like a monk". But most unrealistic is in my view his hopes for the future.

What he did as a mortgage broker was setting up FHA loans. He has been in contact with some potential employers (real estate) and hopes that he can works with these loans again; “FHA loans have historically allowed lower income Americans to borrow money for the purchase of a home that they would not otherwise be able to afford”.

Other unrealistic dreams are:
- "I’m still hoping that the mortgage business will take off again."
- "Our elected officials are trying to fix this mess, and Congress may come through with some helpful programs."

He further states that he could imagine taking a job that pays 10 USD per hour, but not yet. Such a job would take too much of his time. He wouldn't have the time to look for a better job and he prefers concentrating on hunting for a job with a salary good enough to allow him and his fiancee to move back to a place of their own again - "even if we just rent one". At the same time he says he misses having a job, that a job gives meaning to everyday life and that he misses the opportunity to interact with other people. In an attempt to show how much he has matured and learned he says:

"I never saw this recession coming. I made great money when times were good, but I spent a lot. […] When the economy comes back, I’m going to be a smarter investor."

In spite of already being halfway run over by a metaphorical truck, he has not yet understood that the future might not necessarily look like what he has experienced up until now. How angry won't he be if (or when) he has to bite the bullet and lower his expectations? It is often said that "hope is the last thing to die". In many cases hope is a good thing. But there are also cases when it is not functional or sensible to hope - for example if what you are hoping for is unrealistic or borders on pure fantasies or is delusional. The difficult thing is, of course, to realize what is attainable and what is unrealistic.

Personally I believe that Colt's expectations are way to high when he thinks that he will be able to 1) work with setting up mortgages so that people who can't afford to buy a house can buy a house, and 2) being a better investor "next time". But who knows, he might be lucky and land a job. In spite of it being utterly absurd, the FHA loans still exist (so far) - and there are still more people around who have learned nothing yet.

Other individuals who move back to their parents see more advantages than disadvantages. When Kanessa Tixe's dad had finished building a large house and then lost his job, she, her stepbrother and stepsister all moved to that house to share the costs. They eat their meals together, feel that they have come closer to each other, and think that it is important to stick together when the times are tough.

Also Jeffrey Root, who has moved back to his parents together with his young wife, sees many more advantages than disadvantages. The move seems to have made a big impression on him and has fundamentally altered his priorities:

“Root says people should look for unexpected joy in the struggle. “Reading all these negative stories and stuff, I [...] realized people don't know what it's like to live without an iPod," […] "I'd say we're really spoiled ... We really do need to look at what's important. […] Staying close to your family in times of need, that's the most important thing in the economic crisis," he said.”

In spite of these examples, some "experts" warn in excessively negative terms of moving together and make it sound embarrassing - as if the people who do it have many alternatives to choose between...

“challenges include lifestyle differences, generational differences, depression, money squabbles and other issues when relatives huddle together for economic relief. […] Moving in with relatives can be ‘demoralizing, humbling, dehumanizing […] You lose that sense of independence, privacy and self-esteem, [...] You lose somewhat of your identity’.”

We thereby return to "identity" which I have written about earlier in these texts about the effects of the crisis. The topic fascinates me, and I have a certain understanding for the great obstacle this might constitute to people. "We are not the kind of people who..." surely make some keep doing irrational things and continuing to choose not to see the situation as it is.

In spite of going bankrupt, the Jensens had a hard time selling stuff that carried great symbolical value to them:

“The couple agonized over the decision to sell their grill and riding mower, two signature representations of home ownership for many people. "It was like some big symbol of our failure," says Jensen.”

To lose your status in the eyes of society is both an outer and inner trip. It is easy to fall very quickly (lose one's job, be evicted from one's house) without understanding, realizing, and catching up mentally. How long can you feel as if you are a real estate agent in spite of (soon) two year having passed since you last sold a property? For how long - how many months or years - will you stick to the dream of returning to your old employment, your old salary, your old consumption habits and to your old position in society? When almost half a million Americans have lost their job every month this year and certain businesses (like construction and real estate) fall to pieces like a house of cards, you finally reach a point where it is not longer rational to think that you can get your old job and your old life back. When and how do you build a new identity that is not built on delusional dreams about something that most likely will never materialize?

This text has been about those who have had to give up the American dream about a huge home of their own in the suburbs. In part five of this series I will describe those in an even worse situation and who are prepared to take just about any job.

Email ThisBlogThis!Share to TwitterShare to FacebookShare to Pinterest
Labels: economy, household economics, the US