The Effects of the Crisis - Part 3 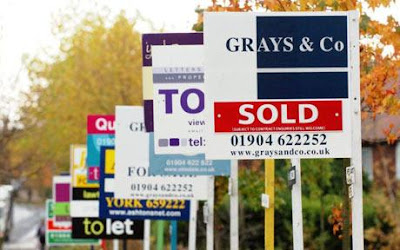 This is the third part in a set of texts about the losers of the American economical crisis. In the first part I described the background to these texts (including the connection to Peak Oil). In the second part I wrote about those that have been forced to cut down on expenses and curtail their consumption. This text is about those that have had to adapt to lower incomes - either because their working hours or wages have been cut, or because of losing their well paid jobs and having had to accept a drastically lower salary.

One of them is Laura Glick, a 29 years old woman who during her best years as a real estate agent made over 100 000 dollars. After seven month of unemployment she applied for one of 150 announced jobs at the department store Kohl's - in competition with 1200 other applicants. When unemployed, she was forced to survive on less than 1 400 dollars a month and had to do away with expensive habits such as cigarettes and visits to the vet for her pets). The open job positions at Kohl's paid between seven and twelve dollars/hour. If she gets a job closer to seven than twelve dollars/hour she will work more than 40 hours a week in order to earn more than the 1 400 dollars she currently gets in unemployment benefits.

Still, her case is nothing compared to Carlos Araya's. As an oil trader at the New York Mercantile Exchange - the world's largest commodity market - he used to earn 200 000 USD a year. He began to work at NYME when he was 23 years old and worked his way up from the floor during the following 15 years. He didn't think twice about ordering lobster, the finest meat and 200 dollar wine bottles at the fashionable Palm Restaurant at Manhattan. He now works at that restaurant. From time to time he meets some of his former colleagues - some give him their support, others belittle and grin at him, and other again are unemployed and ask him if the restaurant is hiring...

Carlos is one of 25 000 persons whose job in New York's financial sector has disappeared in the last two years, and he now has to survive on his new wage of less than 2 000 USD a month (not even 15% of his previous income). He has started to lose hope about ever returning to the financial business. To make ends meet his wife has started working as a secretary again. She leaves home at six in the morning, and Carlos works until one or two at night. They work in shifts looking after their two young daughters, but there are few opportunities for the family to spend time together. Their apartment costed almost one million dollars when they bought it four years ago, and the monthly expenses plus fees and taxes are more than 50% higher than the approximately 4 200 dollars Carlos and his wife earn together every month. Their savings are running out fast and they don't know what to do.

These and other similar stories contain some food for thoughts. Should we pity Carlos? To what extent is his current situation a result of unfavorable circumstances, and to what extent is it the result of bad decisions that he and his family has made? What pity and what sympathy "should" we have for someone who made 200 000 dollars a year and for years on end ordered expensive wines without blinking? Say that you for example compare this with his current colleagues at the restaurant... And why stay in an unsustainable expensive apartment instead of moving to something more reasonable prices as soon as possible? It is not all that easy to find the direction of your moral compass when you read about Carlos or these portraits of former Lehman Brothers employees at the anniversary of the investment bank's bankruptcy.

No matter if you pity or not pity Laura and Carlos above, loss of earlier-wellpaid-now-gone jobs have consequences far beyond the individuals directly affected. When Carlos (and his friends) don't work in Manhattan any longer also Jack Yang's lunch restaurant at the 46th street has a hard time and has to fire staff.

The 25 000 lost jobs in the New York financial sector mentioned above (the number comes from New York State Department of Labor) is completed by Bloomberg's estimate that ten times that number of jobs have been lost in the financial sector (in the entire USA) between the beginning of 2008 and mid-2009. That means decreasing incomes also for many small businesses and service workers like housecleaners, waiters, hair dressers, dry cleaners, beauty salons, gardeners, nannies and jewelers. When the times were good, Jessica Rosa was a waitress at one of New York's hottest bars and earned 50 000 USD a month - despite only working three days per week. According to some calculations, more than three jobs disappear in other sectors for every lost job in the financial sector, and the higher your income is, the more you consume of services provided by other professionals:

”But every step they take toward self-reliance — each shrub they prune themselves, each cupcake they bake from scratch — hurts the people and small businesses that have long provided these services professionally.”

It is a contradiction that those who cut their expenses and start doing things themselves hurt those who make a living from providing these services. As things previously regarded as necessities are redefined as luxuries, these DIY-ers can start to take pride of their own abilities and accomplishments, but at the same time have a bad conscience on the behalf of those whose incomes they take away.

Another story that makes me feel ambivalent is the family Ferrell story that I will describe in some detail here. Mother Sharon is a housewife and the family has four children (two pairs of twins that are 7 years and 20 months respectively). Daddy Jeff works as an "industrial hygienist", evaluates health hazards in the workplace, and has a salary of 6000 USD per month. Because of the disastrous finances of the state of California, he is on furlough and has been forced to work two days less every month with a corresponding (9%) salary cut. When the family have paid their bills, housing expenses and car insurance each month, only 1 200 dollars remain for all other expenses (gas, diapers, food). The loss of 500 dollars per month forces this family to go down on their knees.

On the one hand it is absurd that a family - even with four children - can not survive on an annual income of 72 000 USD (and with considerably lower taxes than here in Sweden). Yet today they live on the margin, and they hardly seem to have been able to save any money even in the best of times. Instead they have obviously - as so many others in the U.S., Sweden and elsewhere - lived from hand to mouth.

A look at the slide show that accompanies the story and a closer read of the text gives us some clues to the reasons behind their current situation. Their enormous and wonderful house is situated in the countryside, in the middle of nowhere (65 km/40 miles outside the city of Sacramento). They of course need two cars and Sharon drives a mini-van. The monthly expenses of 360 dollars for gas are difficult to cut (in spite of the - for me - bargain price of less than one dollar per liter of gas in the U.S.). Instead of repairing the broken air condition in the van, Sharon tries to drives only when the weather is cool or when she knows that she can park in the shadow.

The cuts their expenses, the family have cut their visits to the hair dresser's, plan meals one month in advance, don't vaccinate the family's four cats and dogs, have started to use their baking machine instead of buying sliced bread, and taking fewer photos to avoid spending money on film and on developing photos. They also consider canceling their satellite television (55 dollars per month) and their eldest daughters' ballet lessons (315 dollars per month).

The family Ferrell have put themselves in a situation where they have a difficult time trying to survive on less money than than what they made when the good times were rolling. A single month without income would open up the abyss beneath their feat. The family was very vulnerable even in the best of times, and now is not the best of times. We should remember that the size of houses (and with them the prices and costs of living in them) have swelled in the U.S. during the last decades. Just sixty years ago, a newly built detached house was 90 m2 (980 ft2) on average. Forty years ago that newly built house had increased 50% in size to 140 m2 (1500 ft2). Twenty years ago that house was over 190 m2 (2100 ft2) and five years ago (2005) that house was 220 m2 (2350 ft2) large. And with every square meter/feet, the price and the costs increase.

One could blame the Ferrells' for a lifestyle built on the absence of reflection and long term planning. But if we take a closer look, we are all the Ferrell family - indeed, our entire culture is a family Ferrell-culture. Kurt Cobb quotes the author Thomas Homer-Dixon who pins down our cultural framework (our blinders).

”Collectively we have been behaving like adolescents – believing we're invulnerable, living for today while ignoring tomorrow, and sneering at anything that smacks of prudence.”

What he means in this context is that adolescents are prepared to jump feet first into projects that would make many elder people hesitate and reflect. To realize and understand both in the brain and in the guts that not everything will necessarily end up the way would like them to, is according to Cobb and Homer-Dixon a sign of maturity. The opposite is ”[to] remain in an adolescent state preferring an optimistic gloss on a simple-minded model of the world”.

The financial industry has worked from (and remained in) this immature and childish position, and maybe also all doctrinal neoclassical economists who see growth as the solution to all problems and always see new - eternal - growth just around the corner. And this too is the state that the family Ferrell have been in. And all to often you and I have been there too. What makes everything complicated and what makes me ambivalent is that all Ferrell families out there have simultaneously been victims and willing actors (perpetrators?) in this drama. To see them (us) as only one or the other is to make things too easy. To see them (us) as both victims and actors/perpetrators is what makes it so darn difficult to judge and to decide what is wrong and what is right.

Email ThisBlogThis!Share to TwitterShare to FacebookShare to Pinterest
Labels: economy, household economics, the US