Welcome to a life after oil 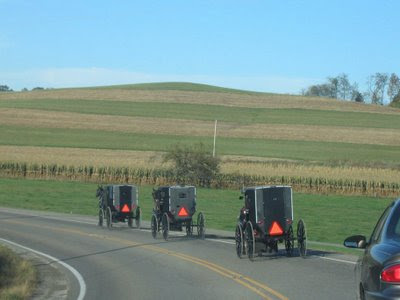 Oil is a finite resource. All the oil that we pump up was formed during two periods 90 and 150 million years ago. Despite this, we burn oil right and left and the global consumption has increased with an average of 2% per year during the last 50 years. But the day will come when we cannot increase production, but will rather see it flatten out or decrease. Some propose that we already are at that point or at the least very near it. Others suggest that we still have decades and trust that "the market" and new technological breakthroughs will solve the energy problem when it starts to get painful.

What is perfectly clear though is that we today pump up and consume oil at 4-6 times the pace we find new, unexploited findings, so sooner or later something has to give. Something else that is perfectly clear is that the price of oil had increased by 700% at last year's peak compared to the price at the beginning of this decade. Today - in the midst of a global economic crisis - the price of oil is "only" 350% higher than at the beginning of the decade. That does not bode good for the future.

It might be the case that our time with oil is a relatively short chapter in the history of mankind. That chapter is 150 years long at this point in time. Perhaps we are at the peak and the decline will be another 150 years long, but in a world that is "addicted to oil", each decrease in production will have unproportionally large consequences in terms of the price of oil. You might just as well get used to the idea of a life after oil. It is exactly that thought this blog explores.

The intention is to write a new blog post (at least) once per week. The texts will be based on articles, books and other sources - including reflections on my own situation and the choices that me and my family make - based on the conviction that the party could soon be over. The texts were not originally written for this blog, but are rather translated (and slightly adapted) from the Swedish-language version of this blog. That blog has been up and running since August 1, 2008, and more than 70 texts have been published there at this point.